I would like to input PDF file and print it out using window print driver.
But i am going to add job owner name. Is there any mistakes do in the following way? 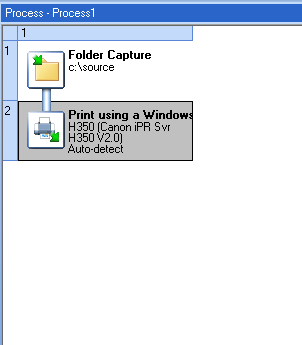 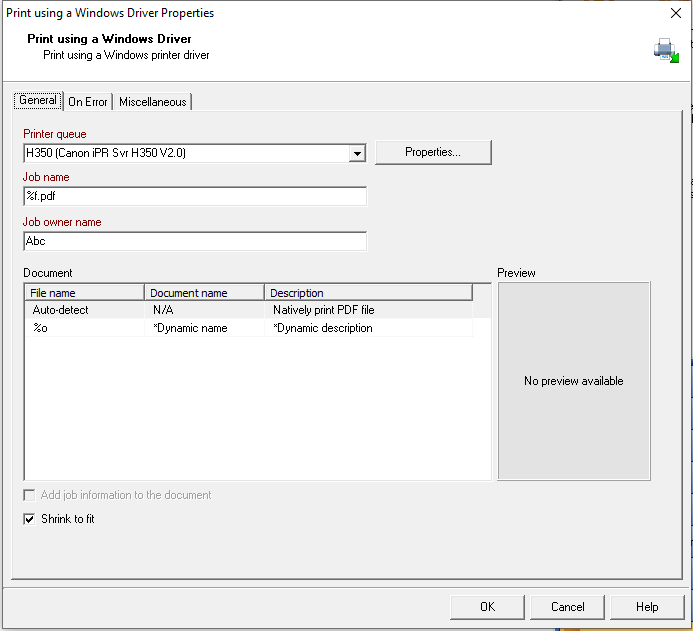 Cause i expect the user below should show Abc instead of system.

Hi Ceci,
As noted in the Online Help for Print Using a Windows Printer:

Note:
This option is not functional when natively printing PDFs (without a PlanetPress Design document).

So this function will only show a user defined value when you have a PlanetPress Design / Connect template specified.

@Justin
understood. How if I can call the pdf and paste on designer page by page from the input pdf data ?

Hi Ceci,
There are various ways you can do it depending on what you are trying to achieve. The simplest way is to create a new Data Mapper that uses the PDF as a data file:

Once this is done, create a new Print Template. Right-click on the Section in the Resource tree and choose Background: 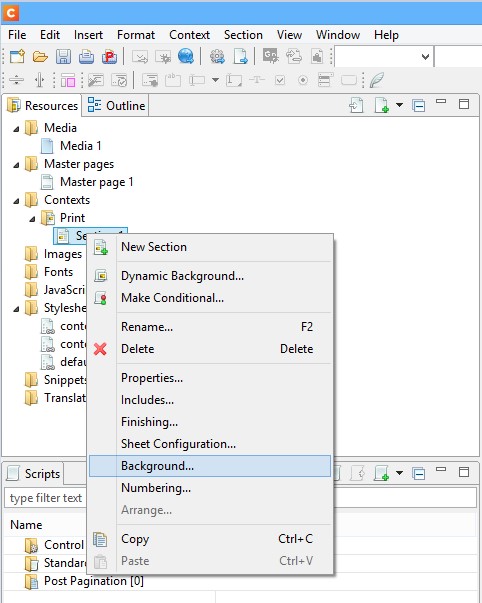 Then choose the option from Image, ‘From PDF DataMapper input’:

I hope this helps.

@Justin
I can now insert pdf as input and set the job owner name to jobinfo9 in output creation as below: 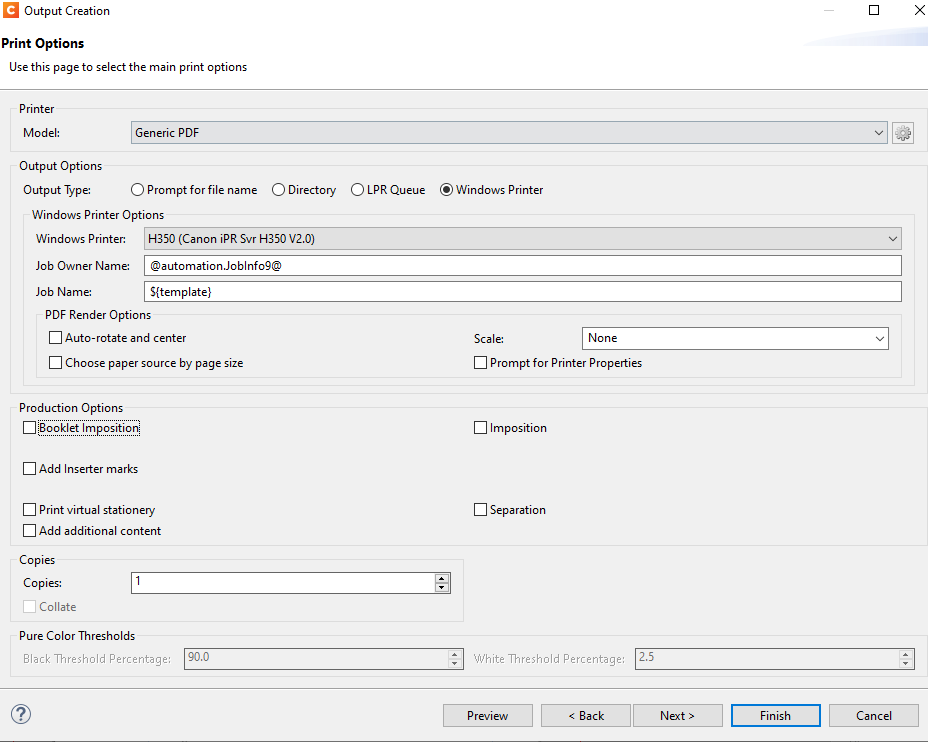 image.png928×742 21 KB
And also set the jobinfo to “ABC” in workflow: (Later will put the filename in the jobinfo) 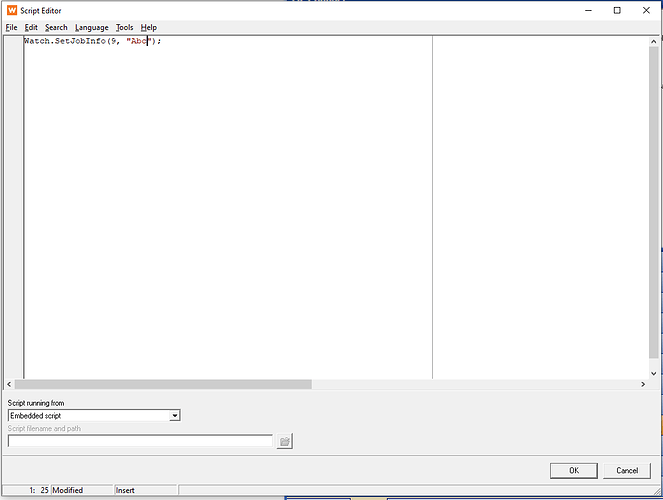 Am i doing sth wrong?
Thanks again

Is your printer a PostScript printer? Because if that is true then you can consider the option of using for example Generic PS LEVEL3 (DSC) as Printer Model instead.

P.S. I was able to reproduce the situation you described in your latest comment but when using the Generic PS LEVEL3 (DSC) Printer model instead I saw that the Job Owner Name came through. I assume that the reason for this is because in case of the Generic PDF Printer Model the printer spool file still contains the Username, of the account under which I’m signed in, as Job Owner Name.

Hi @Marten
Thanks for your help. Would you help reproduce by using print model PCL? cause I tried to use PCL instead of PDF but I got the IPC communication error.
Thanks again for your help.

@Marten
Btw i tried to reproduce by using Generic PS LEVEL3 Printer model, but i got the following error same with PCL. 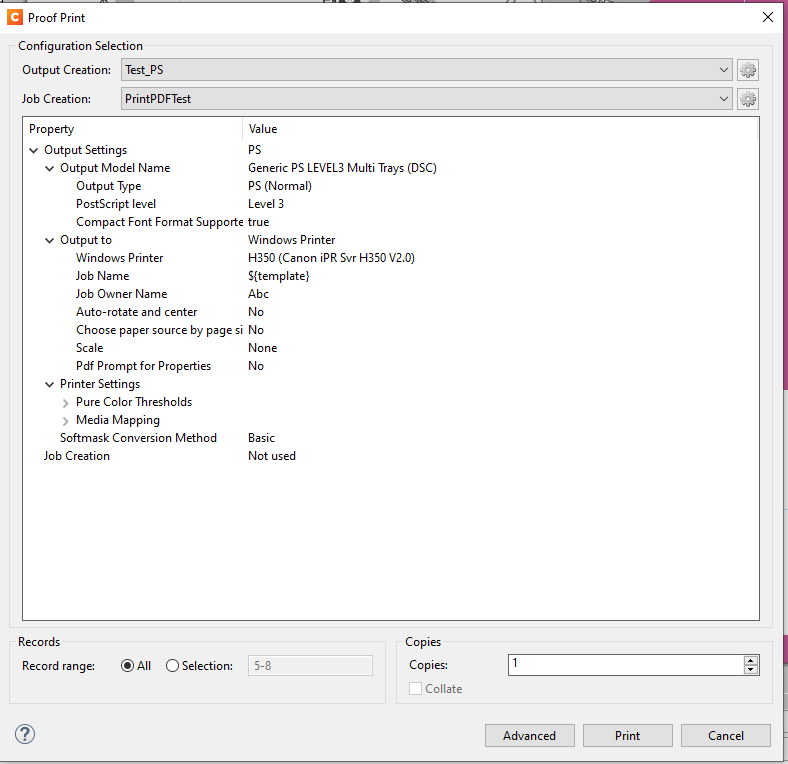