What information is available to Workflow when a user sends packages or other resources to the Workflow via Connect “Send to Workflow”?

Is there any way for me to capture the user’s ip address or other information?

More specifically, is the information entered into the Properties accessible in a Workflow Process: 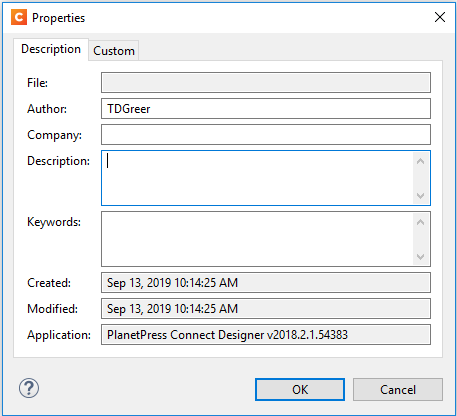 And secondly, is there an event or triggering mechanism that I can use to know when a user sends files to Workflow?

There is no event that gets triggered when a new resource is sent to Workflow. So you can’t be notified when it happens.

Thanks. I suppose I could create a process that does a folder listing, XML splitter, etc. to get each “properties.xml” and parse it for the information I need. But that would create a need to constantly poll the folder instead of running only when a new resource is put online.

I have a source/version control dashboard, and users upload their new resources through it so I can capture and log everything. I had to create an entire folder structure for resources and archives. Since Watch maintains its own folder structure for resources and archives, mine is redundant. I’d hoped, in the rewrite, to forgo all of that and simply “capture” resources when they appear on the server. Doesn’t seem like this is viable, so I’ll maintain the “dual” resource/archive structure. I’ll spin it as having EXTRA security in that two archives are being maintained.

Note that our mid/long-term plans call for the integration of resources with a version control system.
So with you confirming that this feature is indeed needed, we can adjust priorities better.

Old ticket but need to add my weight here to VCS.